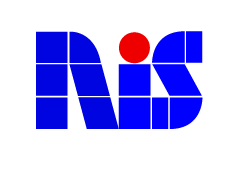 AR Use Cases for Cities and Organizations

Superman can scan the ground, today you can as well!

Augmented reality may sound like a fascinating possibility for new generation computer games, or a thing that only appears in sci-fi movies with a gigantic budget. But augmented reality is an existing technology, which day by day takes up space and makes significant changes in a variety of areas.

Augmented Reality, also known as AR for shortcut, is a highly advanced computing technology, which allows virtual elements to integrate with the real world, in the most tangible way and in real time.

In architectural, for instance, you can see virtual tours and buildings which don’t exist yet or in Interior Design, for example, displaying furnished homes in a professional and vivid way using graphics- without the furniture being physically present in the displayed space.

In the commerce field as well- a catalogue with 3D imaging which gives a feeling as if the product is already in your hand, or “trying on cloths” in the clothing shop- in an imaging from home, without having to go to the store- already exists and possible.
Translation of text in real time like direction signs on the street, or even newspaper articles is already here. And of course, let’s not forget the gaming industry in which the augmented reality turned computer games and applications to be extremely fascinating - the cell phone using the camera- allows every place to be the background of the game. The users must be in constant movement and chase various objectives that integrate with the extremely advanced augmented reality technology during the game.

What what about augmented reality in wet infrastructures?

The wet infrastructures of the future - augmented reality

One of the prominent advantages of augmented reality is the possibility to bring people together, whether it’s for personal needs- keeping in touch with the family or distant friends, or whether it’s about using the technology for work - the manager can create interaction from anywhere, without the need to actually be there!

Augmented reality and virtual reality as one, are destined to become popular among coaches, advisors and instructors - which can be present in any situation, without risk and even “in a few places at the same time” easily. Last year, ‘Boeing’ Company announced that it plans on training astronauts to operate the spaceships they’re producing, by using virtual reality. This is an impressive breakthrough that shows the sky’s the limit and even further - it means that every manager, infrastructure manager, project manager or team leader, or even the various guiding divisions - could optimize their work in such a good way no one has dreamed about until now.

Wet infrastructures in augmented reality - it’s only the beginning

There’s still a long way ahead, but the day when with the help of a mobile phone and a simple scan of the ground, all the workers on the underground infrastructure will be able to present them perfectly - is not far. The possibility to present the wet infrastructures beneath the ground, not only saves much time in locating them or preventing mistakes, but also organizes the information, the important engineering data and present them in the ideal way.

By scanning the ground, the exact location of the invisible wet infrastructure, its limitations, the working instructions around it, or any information that was previously difficult to locate or synchronize the various data - within a few seconds visible to anyone who will be given access to it! The augmented reality will bring about a very significant change in the familiar field work on the wet infrastructure - and the big change, closer than ever!

Now that you are better acquainted with the benefits of augmented reality, admit that you too would like to experience it and feel like Superman for one day...